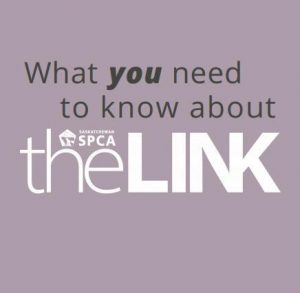 The Saskatchewan SPCA has received funding under the provincial Community Initiatives Fund to begin work on a new Animal Safekeeping Program. Through discussion, training, and collaboration, the program aims to build partnerships between animal and human service providers, with the goal of helping to protect both humans and animals from violence.

There is a growing understanding of the interrelationship between domestic violence, animal abuse, child abuse, and elder abuse. This interrelationship is often referred to as “The Link.” According to Phil Arkow, Coordinator of the National Link Coalition, “when animals are abused, people are at risk.

In order to learn more about the impact of violence on both animals and people, the Saskatchewan SPCA recently undertook a research study in partnership with STOPS to Violence and PATHS Saskatchewan. The Link: Interpersonal Violence and Abuse and Animal Safekeeping was undertaken as a way to answer to questions:

Participants in the study included both human service agencies and animal welfare organizations in Saskatchewan.

Survey participants noted the many challenges faced by women who own pets or livestock when leaving situations of interpersonal violence.

The study revealed that animals can be used to threaten, intimidate, and silence the victims of abuse in situations involving family violence.

Animals may suffer directly from neglect or other forms of cruelty. In addition animals can be used as a tool for the abuser to control and punish the victim. Threats of violence towards a cherished pet could prevent victims from leaving or coerce them into returning to the home. Victims may also be forced to remain silent with threats to harm the animals if the violent behaviour is reported. Pets are seen as part of the family, making it hard for many victims of abuse to leave the home knowing their pet is left behind. Even in situations where the pet is being cared for in a safekeeping program, there can be a heart-breaking impact on the adults and children in the family as they are deprived of a valuable source of comfort during a time of stress and turmoil.

What steps can I take to protect my animals?

What can I do if my pet has been abused?

Report animal abuse toone of the organizations listed below or to your local RCMP or municipal police. They will investigate the situationand take appropriate action. You can make an anonymous complaint.

The Saskatchewan Animal Protection Act makes it illegal for a person to cause or allow an animal to continue to be in “distress.” Distress is defined as:

To report the neglect or abuse of:

Pets in all other locations or livestock anywhere in the province:

For emergencies and after-hours assistance: